Since its debut in 2012, Boonie Bears has become the most popular cartoon in China and is recognized as the No.1 animated media franchise in China.

Up till now, we have produced 6 feature films, 2 TV movies and 9 TV series with a library of over 8000 minutes. Domestically, the programs have been broadcast on over 200 national TV channels with excellent rating records and rank top on the 7 main domestic digital platforms with over 300 billion hits. Its feature films have gained massive success and set many new records in Chinese animation history with more than 415 million USD at box office. Internationally, it is distributed to over 100 countries and territories and have been aired on many media giants such as Disney, Sony, Netflix, Discovery Kids, DirecTV, Zee 5. The feature films have already been released in cinemas in more than 30 countries and territories including US, CIS, Latin America, MENA, Turkey, South Korea, the Philippines, Spain, Bulgaria, and Canada.

Based on the huge success of distribution, Boonie Bears licensing is booming. Fantawild has partnered with more than 200 prestigious licensees including Ferrero, Yili, Mengniu, Master Kong, Infiniti and developed over 3000 SKUs. The annual revenue of merchandising exceeds 440 million USD and the amount is still increasing. 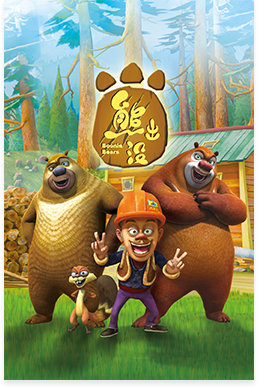 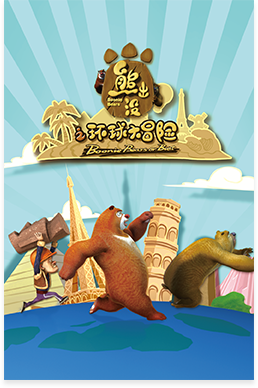 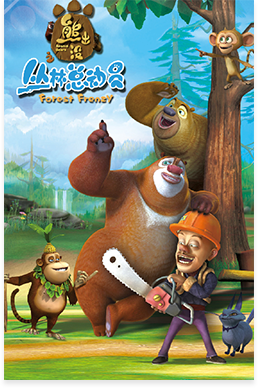 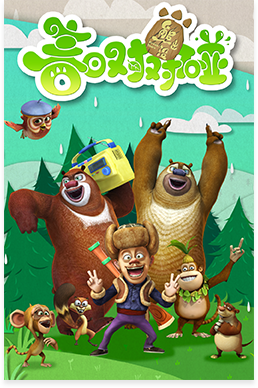 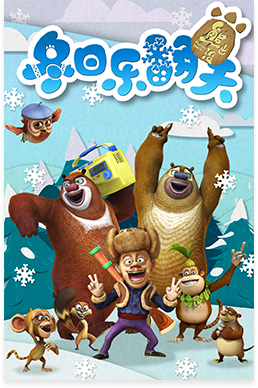 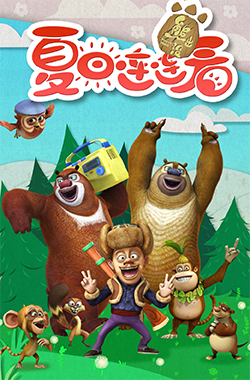 Vick and the bears find themselves stuck in the ancient past surrounded by gigantic animals who all seem to have one thing in mind-Lunch! When our heroes get separated, Briar meets up with a young wolf named Feifei, who is intent on becoming a brave warrior. Meanwhile, Bramble and Vick run into problems of their own when they are captured by a tribe of primitive humans whose leader falls ahead over heels for Vick. This is an adventure unlike anything they’ve ever faced before! Will they be able to reunite and make it back before they are stuck forever in the past?

Briar and Bramble, the two bear brothers always getting in Vick’s way, are in for a rude awakening. Vick heads out to shrink them out of his life. In the tussle the device is tossed and all three of them are caught in the beam and find themselves looking up at the rest of the world. The tiny team have to get back to the device to reverse the effects but their efforts are intercepted by Vick’s dad. He comes back to apologize to Vick but leaves with the machine when he can’t find him. The three now go on a wild chase through a magnificent world just underneath our feet to not only restore their size, but to restore family. 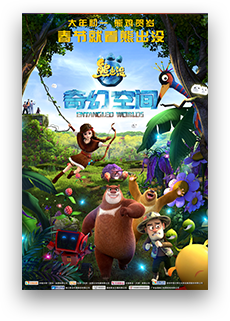 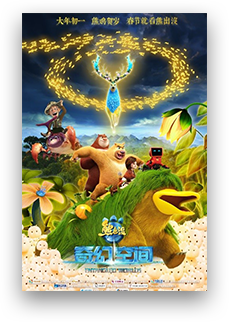 A whirling, fast-paced sci-fi fantasy, this movie will transport you through the cartoon multiverse. The story follows an elite team of thieves, sent by a notorious treasure hunter from the real world to the animated realm to steal each universe’s most prized and powerful item. On learning of this evil plan that would destroy the cartoon world, the bear brothers, along with Logger Vick, join forces with a sassy archaeological robot and set out on a journey to save their world and find the Deer Clan’s legendary Golden Antlers before the villains do. From Pine Tree Mountain to the mysterious Deer Clan Forest, this ragtag group encounter many strange and wonderful creatures, including the keeper of the forest, a magical woodland girl from the Deer Clan.
Time is running out! Who will make it to the Golden Antlers first? Will the Boonie Bears’ World be saved? Follow us down the portal on an unforgettable adventure through these entangled worlds! 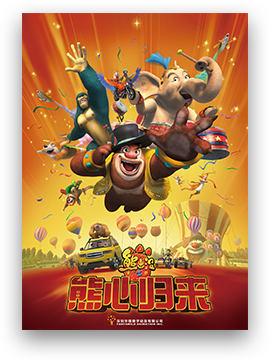 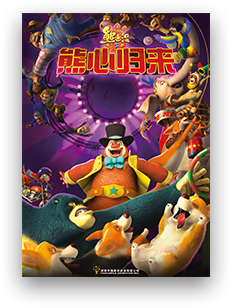 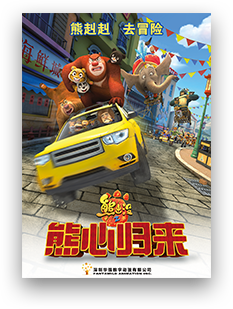 When a flood leaves Pine Tree Mountain in dire straits, the gang has never needed the fearless Briar more but he is nowhere to be found. As Bramble embarks on a journey to bring his brother back home with an unusual companion, Briar also finds some interesting new friends. Briar is welcomed into the ranks of a traveling circus where he finds glory and fame. But his new family may not be all that it seems. What secrets hide underneath this big top’s tent? Will Briar ever be reunited with his friends in Pine Tree Mountain? The Big Top Secret will take you on a wild ride on the flying trapeze landing you right in the middle of what it truly means to follow your dreams. 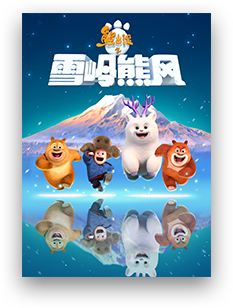 A magical, thrilling spectacle that tells the legendary tale of The Mystical Spirit of Winter who maintains the harmonious balance on Crystal Peaks. Briar and Bramble were just cubs when they first heard the story. While getting lost in the woods, Bramble stumbles upon the lair of Neva, the Spirit of Winter and forms a long lasting bond with the mystical creature. Years later, the Spirit of Winter returns, and is being hunted by an ambitious collector. Bramble decides to go on a journey to find Neva, and save her from causing the dormant volcano on Crystal Peaks from erupting. 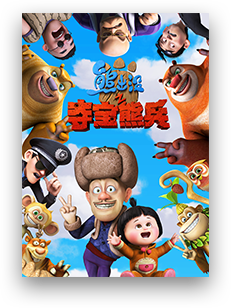 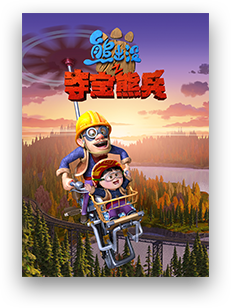